During the past years many supporters, in and outside Germany, have responded to our appeal for help at the building sites and summer camps. The spiritual fellowship shared by volunteers and parishioners was an additional blessing of the work projects. 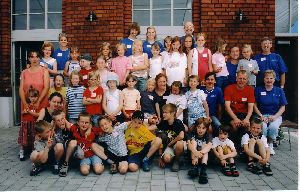 The Children’s Camp in Döbbrick in 2005

„To explore God’s gifts to us, who are His unique creations.“ This was the theme of one of the camps that were led by a team from St. Luke’s Lutheran Church (LCMS) in Meza, AZ, USA, and from St. Peter’s in Döbbrick. 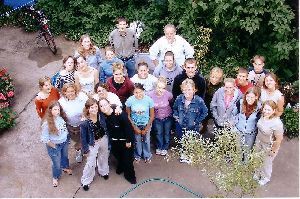 „The Gospel for Children“ was the camp’s theme in 2005. The story of Jacob the deceiver illustrated for the children how the Lord deals with human beings. Of course it was necessary for us adults to explore Jacob’s life for ourselves. Every evening we studied the chapters in Genesis and applied their lessons to our lives. 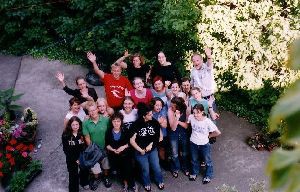 „Daniel in the Lions‘ Den“ was the theme of the camp in 2004. The story was adapted for the children who took part in the second week of the camp. 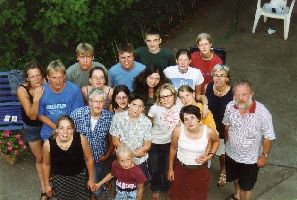 St. Peter was the spiritual focus of the camp in 2003. By studying St. Peter’s life and his experiences as Christ’s apostle, the youth could discover important truths for their own lives. 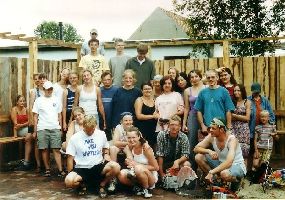 Volunteers at the camp in 2002 worked at the building site in Doebbrick or assisted with the children’s camp in Doebbrick. 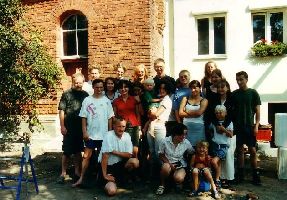 This group was the first to work on restoring the old church in Doebbrick: 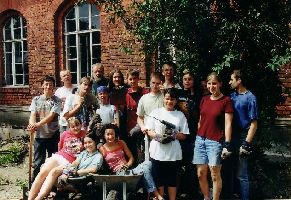 Projects with „Lutheran Hours Ministries“ of the LCMS

In 1995 a tradition began. Groups from the Lutheran Church–Missouri Synod, our sister church in the United States, came to Cottbus to work for two weeks on the building sites. Some volunteers were retired, others were younger people. All were willing to spend their own money and their free time on travelling to Cottbus to help our congregations with the building projects.

Additional activities, such as sightseeing tours and social gatherings with the parishioners, were planned. Many new friendships resulted, especially between the volunteers and their host families.Reverend Rudy Schaser from St. Louis, MO, USA, coordinated the Missouri Synod’s volunteer efforts until 2004. In this capacity he travelled to Cottbus regularly to plan new initiatives. The result was many years of successful cooperation between the volunteers from America and our congregations. 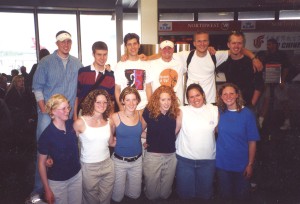 A group of students from the Ann Arbor, MI, seminary made a stop in Cottbus during their stay in Germany. For three days they landscaped the grounds around the parsonage in Döbbrick. Under the leadership of Bill Wangelin, this group included Aaron Keup, Brandy Trimble, Jen Watenpool, Lindsay Rossow, Matt Peters, Michael Groves, Karen Schmidt (now Groves), Nate Keup, Scott Wilcox, Liz McDonald, and Kristin Dodge (now Wangelin). 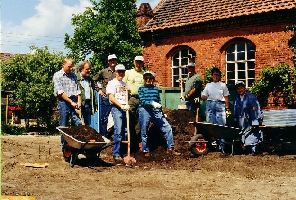 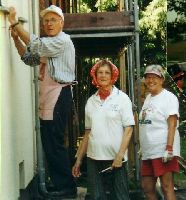 Kurt und Aileen Rutz (Columbus, OH) and Vernice Hartmann (Lakeside, CA) worked on the interior of the church in Döbbrick. They built a shelter for bikes, helped the roofers, and cleaned the indoor walls.

Kurt and Aileen Rutz stopped in Cottbus again while on their way to another assignment. They helped to erect a fence on the grounds of the church. 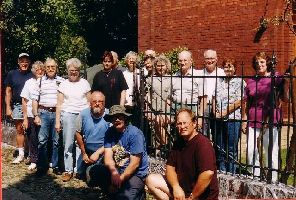 Some of them had been project participants in previous years and were reunited with friends in Cottbus.The first week’s agenda included restoring the iron fence on the grounds of the Church of the Holy Cross. The fence had to be carefully painted with epoxy paint to prevent it from rusting. The color matched the original paint so that the character of the fence was preserved. The fence’s brick foundation had to be regrouted, also.

The second week was devoted to exploring cities that part of Martin Luther’s story—Wittenberg, Torgau, Leipzig, Erfurt, Eisenach, and Mansfeld. The trip was enhanced with devotional services, lectures, and guided tours, all of which enabled the participants to contemplate Martin Luther’s life and the effect of his teachings. It was great pleasure to guide such an interested group through Luther Land.