Repairs made in the 1970s did not prevent moisture from seeping into the church and causing severe damage, particularly in the church´s interior. Salts leached through the plaster from the floor to the ceiling and caused the plaster to disintegrate in many places. 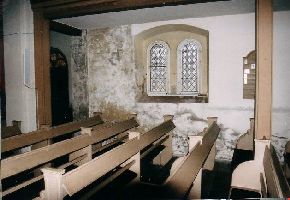 In February 1999 the congregation decided to completely restore the Church of the Holy Cross. At the same time the church was placed on the register of historic sites, which meant that all subsequent modifications had to be approved by the office of historic preservation. This office also provided some financial assistance for the project from its own budget.

The following measures were taken to relieve the moisture problem: 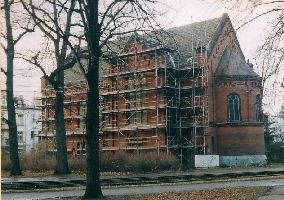 The second stage of the project involved restoring the church´s interior. The Brandenburgische Technische Universität Cottbus lent its assistance by allowing students to participate in the restoration work. The students tested all interior wooden components for unsoundness, then developed useful guidelines for restoring the wooden features that were damaged. During their investigations the students discovered an infestation of dry rot in the roof truss, which necessitated the replacement of several rafters. 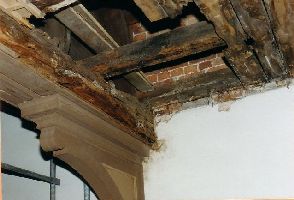 While this work was underway, another infestation was found under the coffered ceiling of the barrel vault. Many beams had to be replaced, and the weakened masonry had to be injected with a bonding agent. Both procedures were very costly and exacting. Then the damaged plaster was removed and replaced.

Finally, it was time to paint. But first a remaining section of wall that was still covered by the original paint was analyzed so that paint authentic in quality and color could be reproduced. In its restored state the interior of the „Kreuzkirche“ now looks as it did in 1879. 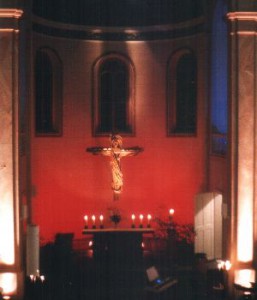 The congregation was forced to celebrate its services in the parsonage next door while the church´s interior was under construction.

We thank all parishioners and friends very sincerely for their willingness to work.

We also thank the Brandenburgische Technische Universität Cottbus and participating students for being our partners in this project.

In spite of the parishioners generous contributions, the costs for the restoration were so tremendous that the congregation incurred large debts. 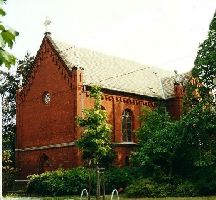 We especially thank all the donors who have helped us to decrease the debt thus far, and we hope to find more friends who will help and support us.

First and foremost we thank God, the Lord of the church, for protecting us from accidents and danger during the construction and for granting us success.

May God grant the congregation and the community renewed joy in meeting Him in His beautifully restored church, the Church of the Holy Cross.